arrow_back Why has China developed so much faster than India?

Please log in or register to answer this question.

Ok. So I wrote my degree in economy on this subject… so…
I’ll try to be brief. ;D

And it is mostly four factors under political umbrella:

The political umbrella was this:

So to make it understandable - Yes, we’re communists but let us be capitalists as well. So he started the policy called “One country - two systems”

This is the guy that in 1978 opened China to (!) Taiwan, Singapore etc. foreign direct investment. Well one could say. Taiwan? You must be joking. Well, no if you understand the role of Hong Kong.

Hong Kong was a financial buffer. All diaspora capital flows entered through Hong Kong. And were placed not far away, just across the border mostly in Shenzhen in Guandong province. 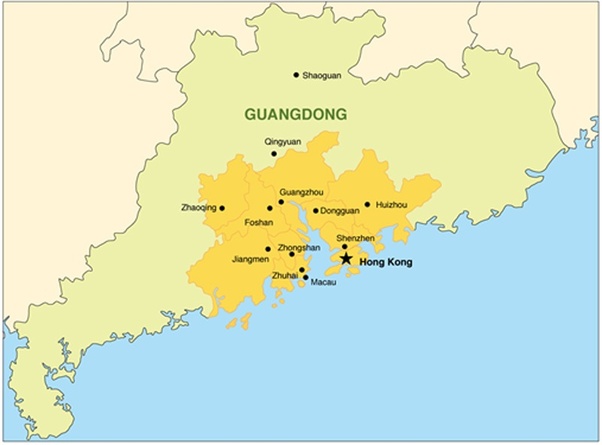 Because the guy created there first special economic zones with almost no burden to investors and provided cheap labor force. And it’s a pearl river delta. So the place that geopolitically speaking controls the river which you can refer to as US Mississippi a bit. Supply coming from inland China.

So it was the first coexistence between capital, and lots of it coming from across the watter through Hong Kong and cheap labor force and supply chain of mainland China. It didn't take long for the model to prove itself successful.

This is the first difference to India - large capital inflows. Diaspora FDI.

In short time west was sinking in cheap rubbish products like Panasony stereos etc. because the authoritarian communist government just ignored patent laws and copied virtually anything. This is the second difference to India where patent laws were a lot more respected. 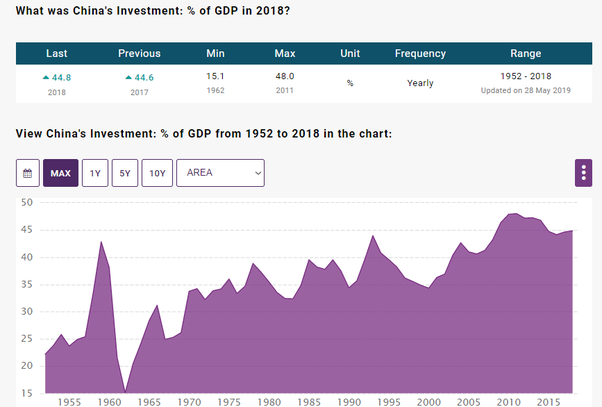 A lot isn’t it concerning growth of 16% yearly since 80s till very recently.

A lot of analysts are concerned about Deng Xiaoping other recommendations. To: appear weak as long as we can so to translate it properly - to falsify economical data… not in plus but in minus. Lowering them. If you don't recognize it yet it's not Deng, it's Sun Tzu.

And this is because… last but not least industrial production is hard but crucial for rapid growth. It needs a lot of investment and work but it leads to great advantages. And then some of it can turn to services. And then it becomes the matter of politics. Just as it is today… done by Trump… a decade too late - all services and no important industry.

In the mean time in the US during Reagan there was a battle against forces that were able to control industrial production on home turf - Unions. Which were making the margin a lot lower than compared to outsourced production.

So the capital went after bigger margin, less investment and less time consuming development in the west in favor of authoritarian cheap labor force country with SEZ. Transferring the fruit of it’s RnD - technology which Chinese immediately copied. So the US is deindustrialized today. Silicon Valey do not make almost ANY silicon anymore compared to Asia. It is doing software - apps. And 95% future hardcore engineers studying in the US are foreigners that will not stay there. Mostly they’re Chinese not Hindu.

You can call it globalization.

So here you are. The key differentiator is:

that is why India has it’s cheap labor force placed in software outsourcing which is ok but the real foundation for power is in technology and goods. Then you can dictate standards like 5G just by having them available, compared to US that don’t have any alternative and can only force others to refuse to use it.

And China is in hardcore engineering - just like the US were and Germany is.

No need to explain that Germany is leading EU and The US were leading the world… were… and it’s settled already despite their leadership still present… They overslept.

So for the desert a very recent video: https://www.youtube.com/watch?v=qx-7Q3HEbDM

| © 2021 WiKindia. Privacy Policy
Welcome to WiKindia, where you can ask questions and receive answers from other members of the community.